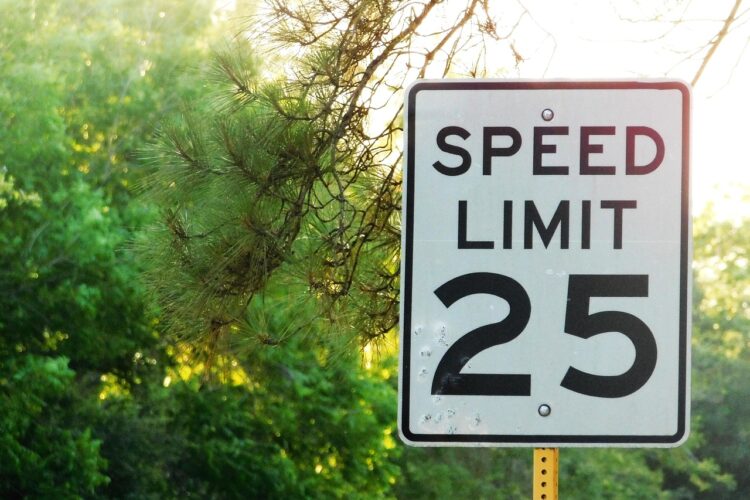 Having knowledge regarding Michigan speed limit laws is important for any residential driver to know. The maximum speed a driver may reach is dependent on the location. While some of these locations require speed limit postings, others do not. Drivers who intentionally drive above the established limit may face serious penalties.

How are Michigan speed limits determined?

According to the Michigan Department of Transportation (MDOT), Michigan speed limits are primarily based on a formula that uses the 85th percentile of free-flowing traffic, which is the speed at or below which 85 percent of drivers are currently driving a given section of roadway. This is the most critical criterion and a national standard in establishing realistic speed limits.

What type of speed limits does Michigan have?

Like every state, Michigan speed limits vary based on location. These limits are set in order to keep drivers, passengers, and pedestrians safe. Without such restrictions, drivers would all be traveling at varying speeds, which could greater the chances of accidents.

According to the Michigan Legislature “A person driving a vehicle on a highway shall operate that vehicle at a careful and prudent speed not greater than nor less than is reasonable and proper, having due regard to the traffic, surface, and width of the highway and of any other condition existing at the time” (MCL 257.627(1)). This entails that drivers not only pay close attention to their surroundings, but also have awareness of the speed that other vehicles are traveling at. By doing so, drivers can make sound judgements regarding their speed in order to ensure adequate stopping distances and general safety.

Drivers who violate the subsection of the Michigan Legislature may also be referred to a violation of the basic speed law, also known as a “VBSL.”

Additional locations that have varying speed limit and restrictions:

For county highways with gravel or unimproved surface the speed limit is 55 mph. According to Michigan Legislature, this is known as the “general gravel road speed limit”. This speed limit could be lowered to 45 mph upon request of a municipality located within a county with a population of 1 million or more (MCL 257.627(10)).

The speed limit on Michigan highways is 70 mph unless posted otherwise; this is also known as “limited access freeway general speed limit” (MCL 257.627(8)).

Additionally, the minimum speed limit on all limited access freeways, unless otherwise posted, is 55 mph (MCL 257.627(8)).

The speed limit within the boundaries of a public park in Michigan is 25 mph. Local authorities may, however, reduce this limit to no less than 15 mph within their jurisdiction (MCL 257.627(2)(c)).

The Michigan speed limit for a residential subdivision (including a condominium subdivision) is 25 mph unless otherwise posted. This speed limit is part of the local street system which has been designated by a local jurisdiction and approved by the state transportation commission until January 1, 2024. Prior to 2024, the department of state police will conduct a speed study on a random sample of local streets within this subdivision to determine if this limit must be adjusted (MCL 257.627(2)(d) and (e)).

If the speed limit is not posted, drivers may assume the Michigan speed limit within a residential area is still 25 mph.

The speed limit for locations that have active school zones may be decreased by not more than 20 miles per hour less than the speed limit normally posted but shall be not less than 25 miles per hour. School zones are typically in effect for no more than 30 minutes before the first regularly scheduled school session until school begins, and for no more than 30 minutes after the last regularly scheduled school session until dismissal. (MCL 257.627a(2)).

Drivers should look out for any school zone postings and adjust speed accordingly.

In Michigan, the speed limit on trunk line highways and county highways is 55 mph unless otherwise fixed and posted. This is also referred to as the “general speed limit” (MCL 257.627(9)).

The speed limit when entering and passing through a work zone is 45 mph. Drivers must be cautious, however, because the state transportation department, county road commission, or local authority may impose different restrictions based on the work being done and other variables. Nonetheless, signage must be posted at any work zone to warn drivers and indicate the speed limit for that area (MCL 257.627(6)).

Drivers should be aware of their surroundings and keep an eye out for speed limit signs to determine when a speed limit may change.

When do the speed limits change in Michigan?

Drivers will typically see speed limit postage when entering a new location with a new speed limit. The speed limit zone area becomes effective once a driver reaches and passes a postage.

What is the Michigan speed limit on unmarked roads?

The speed limit on unmarked roads in Michigan is dependent on the area. In residential areas, the speed limit is 25 mph whereas the speed limit for trunk line and county highways is 55 mph. Nonetheless, if there is no posted speed limit sign the speed limit in effect is the “basic speed law” as previously mentioned (MCL 257.627(12)). This entails that drivers should operate their vehicle at a careful, prudent, and reasonable speed.

What is considered reasonable and prudent speed in Michigan?

Drivers who are abiding by the basic speed law should take into account various factors, including awareness towards traffic, surface, and width of the highway and any other existing condition(s) to determine a reasonable and prudent speed. Drivers may also refer to the speed limit of other drivers to determine an average speed.

It is unlikely for an officer to pull a driver over for going less than five (5) miles above the speed limit. However, this should not encourage drivers to drive above the speed limit as any amount of speeding can lead toa a speeding violation. Drivers are encouraged to be aware of their locations and educate themselves on Michigan speed limits.

How does Michigan change speed limits?

Michigan speed limit changes are based on location and are supported by speed, engineering, and safety studies. These speed limits are generally reviewed in case revision is necessary. Any revision requests are examined by the Michigan Department of Transportation and Michigan State Police – if a revision seems necessary, MDOT and MSP work together and identify where any decreases/increases are safe and appropriate.

If you or a loved one has been involved in a car accident lawyer, the attorneys at Elia & Ponto PLLC are here to help! Our firm is readily available 24/7. Contact us today for a free consultation.

When Can A Child Sit in the Front Seat in Michigan?