Michigan Faces an Increase in Fatal Car Accidents In 2020 Despite the Decrease in Traffic. 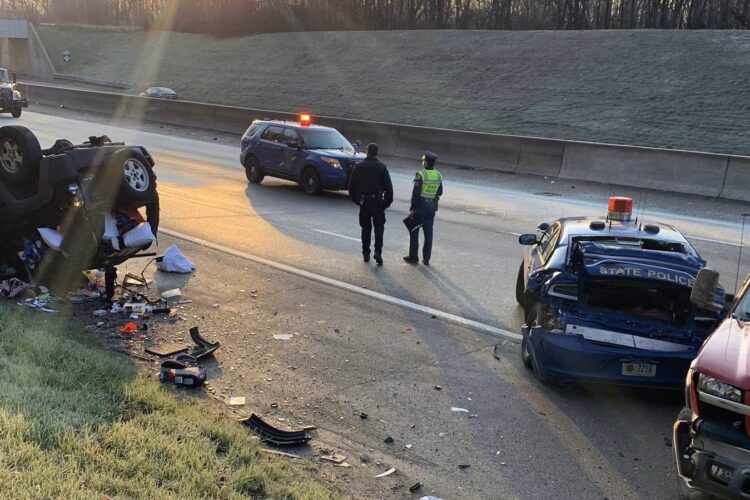 Michigan Faces an Increase in Fatal Car Accidents In 2020 Despite the Decrease in Traffic.

Since the onset of the coronavirus pandemic, it was reasonable to assume that there would be a significant decrease in traffic and fatal car accidents. Unfortunately, that was not entirely the case. Although traffic decreased, especially in the light of Stay-at-Home orders, as well as the increase in remote work, schooling, and other activities, the reports of auto accidents in Michigan increased. In fact, there were more fatal motor accidents reported in 2020 than in 2019, despite a decline in traffic on Michigan roads.

A Detroit Free Press article reported that 701 people died in auto-related accidents in the first nine months of 2020 while 689 died in the same period in 2019. These statistics, which were provided by the Michigan State Police, demonstrated that even with a decline in Michigan traffic, more fatal accidents have occurred.

These statistics regarding fatalities are shocking, especially since traffic was down by 60% during the first few months of the year in comparison to 2019. Currently, the traffic rate (which is now at 19%) is expected to rise – suggesting the number of fatalities will also continue to increase.

In order to minimize traffic-related accidents during these particularly difficult times, it is important that drivers understand and follow the laws of Michigan. Understanding what might cause a fatal car accident can help to prevent one from occurring.

The three most common causes of fatal car accidents, according to the Michigan State Police, include…

Many drivers see an empty or sparsely trafficked road as an opportunity to drive above the posted speed limit. This has been particularly evident throughout Michigan freeways, where several motorists have received speeding tickets for driving over 100mph. However, no matter how empty a road may be, drivers should never exceed the speed limit.

According to the National Transportation Safety Board (NTSB), approximately one-third of all traffic fatalities are caused by speeding. When speeding, a driver has less reaction time and stopping distance. Even the most attentive and alert driver may crash, especially if another vehicle suddenly stops or unexpectedly merges into their lane. These accidents tend to have forceful impacts, resulting in severe injuries and/or death.

Tailgating occurs when one vehicle drives closely behind another vehicle while not leaving sufficient distance to stop without causing a collision if the vehicle in front stops suddenly. Tailgating can have catastrophic consequences. For instance, a small vehicle could be pulled under a large vehicle such as a semi-truck if it is unable to stop in time, especially when the vehicle at fault is traveling at high speeds.

High speeds, along with additional factors, such as weather conditions, greatly increase the severity of accidents due to insufficient stopping distances. In order to prevent accidents, drivers must slow down & maintaining enough space between vehicles to prevent tailgating accidents.

In Michigan, it is against the law to not wear a seat belt in the front seat of a car.

Failure to wear a seatbelt is an easy and, unfortunately, common way for drivers and/or passengers to be involved in a fatal accident. According to a Michigan State Police spokesperson, Michigan typically has a high rate of seatbelt compliance, however, this was still a common cause of death in 2020.

Reports indicate that more than 37,000 fatalities have occurred on U.S. highways every year. In addition, 90% of those fatal crashes are due to preventable driver behavior. The statewide safety campaign known as Toward Zero Deaths, created by the Michigan Department of Transportation (MDOT), was designed to address dangerous driving behaviors in an effort to reduce those numbers of traffic-related deaths.

Unfortunately, accidents occur each day – however, there are various measures you can take in order to further avoid such devastating situations. Simple yet effective ways to reduce the number of car accidents include driving within the speed limit, always wearing a seatbelt, whether in the front or rear seats of the vehicle and leaving enough stopping distance between your vehicle and the one in front of you.

Have You or A Loved One Been Involved in a Serious Auto-Accident in Michigan?

It is extremely important to contact a knowledgeable Car Accident Lawyer, especially in the case of serious and/or life-threatening car accident injuries. Car accident lawyers are specialized in their field and have a strong knowledge of state law. Such skillful experience can increase a victim’s chances of getting rightfully compensated to assist with medical bills, lost wages, and more.

For more information, contact the lawyers at Elia & Ponto for a free consultation!